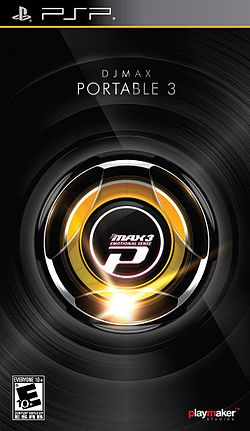 The button modes have been renamed to XT where X refers to the number of buttons (ex: 4B is now 4T)

A new game mode, known as "REMIX SYSTEM", which involves using the analog stick and pressing the square, triangle and circle buttons. This new modes comes in the name of X.2T, where X is the button mode. The "gear" has been enlarged.

Two notes introduced along with the "REMIX SYSTEM": Turntable notes are purple long notes that are played by moving the analog stick, and are based on DJ scratch and cross-fading; Sampler Notes resemble synthesizer notes or sound effects, and are played using the Square, Triangle and Circle keys when the analog stick is shifted to the left or right.

Along with a preview sound clip of the song on the song select screen, part of the song's MV will play in the background as well.

New system for leveling up. Every time the player levels up, they get a choice of 3 boxes. Each one contains a prize such as wallpaper, a song M/V, a character, a note, or a gear. The prizes are randomly selected. When the player picks one, all 3 boxes reveal what prizes they had, and the player obtains the prize that was in the box they selected. As the player levels up, the amount of potential prizes increase. For example, all the hidden songs become level up box prizes once the player reaches a certain level. When the player reaches level 99, all the prizes they didn't pick are automatically unlocked.

Mission Mode returns. Two types of missions exist. The first one is normal missions, where the player is presented with up to 3 songs (depending on the mission, some missions only play 1 or 2 songs), and the button mode for each song, similar to the mission modes of other games in the series. The player must fulfill the requirements of the mission during the songs to complete the mission. Completion gives out the reward displayed on the mission's icon. There are 70 normal missions. The second group of missions are known as DJ Challenges, and they resemble Achievements or Trophies from the PS3 and Xbox 360 systems respectively. They can usually be completed regardless of skill (ex: Challenge #28 is completed by failing a song 5 times). The game notifies the player when they have completed a DJ Challenge. The player then goes to the DJ Challenges list and confirms a challenge is completed and obtains the prize on its icon (which has an exclamation point on it, marking the challenge as complete). There are 30 DJ Challenges.

A new area called Lounge. This is essentially Collection mode from the previous games, merged with MV Edition mode from Portable 2. The first screen contains the players DJ name, DJ Icon (which can be changed by pressing Triange, but the player's options are limited to what characters they unlocked), total song count, DJ Rank (which is increased by completing missions, DJ Challenges, and song patterns), and 2 percentage bars. The first bar shows the percentage of missions cleared (100 in total, both Missions and DJ Challenges) and the second shows the percentage of song patterns cleared. Lounge Mode is also where players can view Play Data (records of the songs and patterns that have been cleared for each button mode), Videos (where one can see unlocked song M/Vs and miscellaneous videos), Internet Ranking (containing passwords for use with the online rankings), and Image Gallery (unlocked images that can be saved on the memory stick to be used as the PSP's wallpaper. There are a total of 80 images, 2 for each song. The first for each is unlocked by simply completing the song on any button mode once, the second for each is unlocked by either a random level-up reward, or a Mission/DJ Challenge reward).

Write the second section of your article here.

Retrieved from "https://djmax.fandom.com/wiki/DJMAX_Portable_3?oldid=4914"
Community content is available under CC-BY-SA unless otherwise noted.